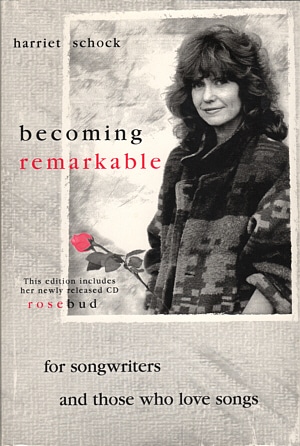 Songwriters Say It All

Songwriters reveal so much about themselves, perhaps it’s a  blessing that the ones who reveal unpleasant things are usually oblivious to it. The very qualities that help make a great writer—powers of observation, interest in something outside him/herself, ability to feel, willingness to reveal and communicate, and facility with the language of words and music—these qualities usually come across in the songs, making the songwriter seem attractive and likable, someone you would want to know.

The qualities often found in a person you wouldn’t naturally be drawn to are the same characteristics that cripple his work as a songwriter—unconsciousness of anything outside himself, insensitivity to the details of life, being cut off from his own emotions and an unwillingness to let others actually see who he is, plus an ineptness with the tools of communication. The catch 22 is that a person like this will reveal all these attributes without knowing it, because his powers of perception and communication are limited to begin with. He or she will rail at a lover or parent or friend for all those dreadful things that we may believe or understand actually happened, but we rarely come away enlightened from it. And without the understanding and wisdom a great writer would add to the same song, the “unattractive” writer just looks like a victim or a nag. Even though his intention was to get us to agree about the lover, we seldom dislike the lover as much as the writer in those instances.

I have been in the audience when some of my students have performed, and I have seen the effect of well-crafted revelation. Steve Wagner writes:

“She asks him ‘how was your day’

And he answers ‘okay’

but he doesn’t give any details.

And it never occurs to him

To ask about hers

’Cause he’s too busy reading the mail.

He rises once to kiss her

But all he really gives her

Is an intimate clue

That only one of the two is in love.”

This plot in less skillful hands could be (and has been) a disaster, but Steve’s song develops beautifully giving true insight into the pain felt by both sides when one loves but is not in love with his partner. The melody is also hauntingly powerful, and I have seen a roomful of noisy people quiet down by the end of the first verse.

Jim Dean, a recognizable actor who, I predict, will soon be a recognized songwriter, sets his song (“The Last Supper”) at a restaurant as he and the woman he still loves find it impossible to talk to each other in any meaningful way:

“You pull your angel hair

I stab my Caesar

I’ll always have your smile

Taped to my freezer.”

As he unravels his story in pictures, we discover his wit, his vulnerability, his loyalty and, perhaps, his Achilles heel. At the end of the song, we like him. He’s human. We can see ourselves in there. There’s room for us—not in the gaping holes of logic that so often occur in songs—but in the specific pictures that look familiar to us. Len Brunson (w/Richard White) wrote a song so vividly depicting a specific woman as such bad news, we all feel we either know her or are her by the end of the song. He isn’t complaining about “women,” he’s describing one particular woman. He sets it to a gorgeous, dark, classic jazz-blues melody:

In her tight silk dress

She’s a heartbreak at best

And if you wanna find her

Put on your walking shoes

She’s just around the corner from the blues.”

In the last verse, he takes responsibility for getting himself into this fine mess, becoming a three dimensional character, himself, and therefore even more likable.

“A fool with both his eyes closed

He could’ve read the signs

But I did what I always do

Temptation made me blind

Now she’s left me here with nothing

And nothing left to lose

Just around the corner from the blues.”

Cheryl Foster has grown so much as a writer in the past year, not only in craft, but in the courage to reveal. This song would have to be heard in its entirety to show her courage for revelation, but her first verse illustrates the point about powers of observation and how interesting someone can be when they’re interested:

“I keep some clownfish in my aquarium

And I watch them swimming every day

I keep them safe from harm

In my tropical display

And I can see my own face reflecting off

The glass and in their black eyes

I can sense they’re really bored

And I can sympathize.”

Naturally, I’ve given examples of good writing where the songwriter reveals truthful, human situations and qualities which attract us to him or her. At open mike nights, you will see the full spectrum. You will hear the other kind of writers, the oblivious, self-centered kind, but you probably won’t meet them. You’ll be too busy talking to the charismatic one who is genuinely interested in you.